Please listen to the RBG playlist and suggest additions: 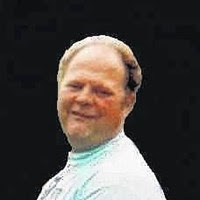 In a New York Times article, part of a Pulitzer prize–winning investigative
series on Apple, Charles Duigg and Keith Bradsher recount a dinner with
Silicon Valley executives and U.S. President Barak Obama. Apparently,
the President asked Steve Jobs why he didn’t build iPhones in the U.S.,
and Jobs replied that those positions are never coming back. Explaining
why, the article, also discussed in Chapter 5 of this volume, describes the
scale and flexibility of the Chinese company Foxconn, the human costs
of this scale and flexibility, and the effects of this scale and flexibility
on U.S. ability to compete in a global market. The Foxconn facility has
over two hundred thousand employees. About a quarter of them live in
company barracks and work twelve-hour shifts. Such enormous capacity
enables Foxconn not only to adapt to new design specifications but also
to command large numbers of workers to labor overtime. Both capacities
mean that the company can get new products out quickly. As an Apple
supply demand manager quoted in the article says, “They could hire 3,000
people overnight . . . What U.S. plant can find 3,000 people overnight and
convince them to live in dorms?” The Times piece recounts the erosion of
mid-wage jobs in the U.S., the increase in low-wage service sector positions,
and the $2 billion in stock high-level Apple employees and directors
received (on top of their salaries) in 2011. Overall, the piece is a depressing
venture into the bowels of production: the conditions of workers in
China and the U.S. are horrible, differently so, but linked in the misery of
the Apple supply chain.
Duigg and Bradsher end the article with an app. They write:

"Before Mr. Obama and Mr. Jobs said goodbye, the Apple executive pulled an iPhone from his pocket to show off a new application—a driving game—with incredibly detailed graphics. The device reflected the soft glow of the room’s light. The other executives, whose combined worth exceeded $69 billion, jostled for position to glance over his shoulder. The game, everyone agreed, was wonderful." —Duigg, C., and K. Bradsher. “How the US Lost Out on iPhone Work.” The New
York Times. January 21, 2012.

After all the inequality, the exploitative reality of the production of smartphones
out of hundreds of components made around the world and assembled
in China, after all the incessant executive rhetoric of competition, of
can’t and must, even as Apple’s revenue tops $108 billion, we end up with
the app, the wonderful, fascinating app capable of capturing billionaires.
The app fastens all their attention to the iPhone. The device delivers a little
thrill, a little wonder. The executives can hold animation in their hands and
interact with it. In this moment of fascination, work and play converge;
after all, they are still executives doing the work of pressuring, lobbying,
and networking. Yet their fascination with the app makes them momentarily
childlike. The app rivets them to the phone such that they are completely
and totally present in the moment of the game, which means they are at
simultaneously withdrawn from the prior context of inequality and exploitation.
Fascination with the app withdraws them into immediate presence.

Posted by knowles eddy knowles at 12:21 am No comments:

Dark side of the rainbow 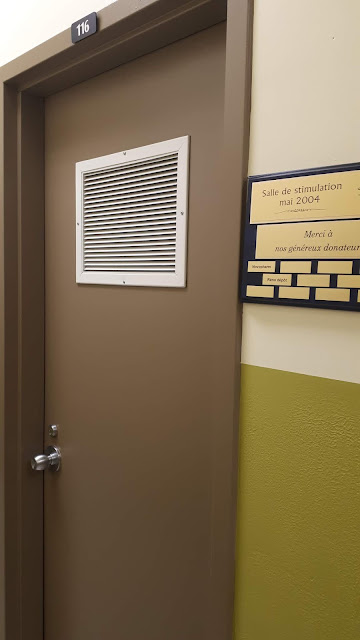 Posted by knowles eddy knowles at 4:44 pm No comments: 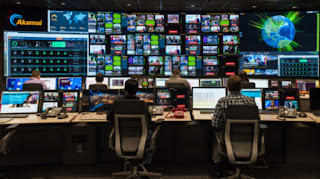 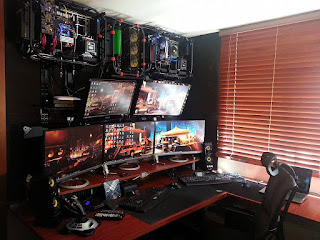 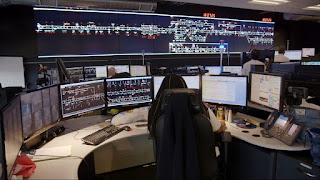 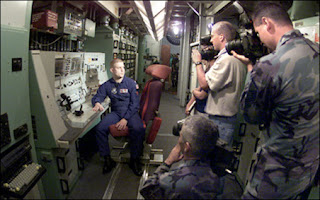 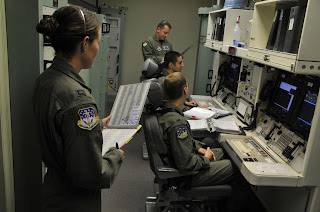 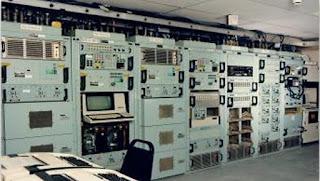 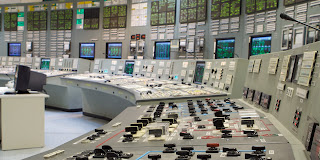 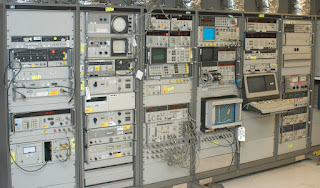 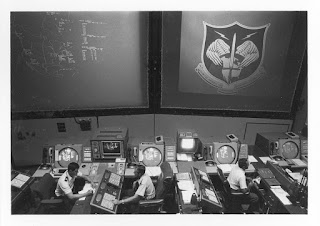 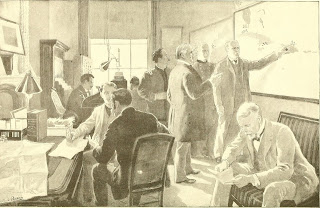 We have to dispense with the idea that theorising occurs after the creative event; that a poem or a track or a text is made and then, as part of its process of dissemination, there follows the theorising of the piece. Such a theorising is normally attributed to those known variously as critics, reviewers and essayists. However, what actually occurs is that theorising goes on at the same time as the creative event is being worked upon. It is complementary to the event and, more importantly, it is the continuous precondition for the event. There is always this theoretical supplement to any activity: a carpenter fits cupboards into an alcove and there is this ongoing process about the nature of the material, a questioning of the next step, and how it is best to overcome those obstacles, such as the unevenness of the wall, that present themselves. Similarly, when producers make a track there is a similar theorisation going on: what sounds to use, how they fit in to other sounds, how they relate to expectation, how best to structure the track. Such a theoretical component to any activity is denied because theory is normally attributed to a textual product, and like the role of the critic, this comes to exercise the effect upon creative producers that their activity is somehow ‘below’ the level of theoretical process.

This self-deprecation, actively instituted by the division of labour (a compartmentalisation of tasks that undoubtedly limits perception), serves to reinforce the divide between consciousness and activity, between thought and action; it severs the creative producer from the consciousness of his or her activity to the point that the theoretical component is occluded.  However, if there wasn’t an ‘auto-theoretical’ element to activity, which always includes context and reciprocity and which, if made conscious, can defy the division of labour and its instating of various dualities such as that between perception and conception, then there could be no next creative event as the process of engagement is always giving rise to tangents and possible ideas for the next poem, text or track. There is a thinking and an engaging with materials at the same time. Praxis. Process. Bearings that, in the slipstream of the creative event, offer an inkling of objectives, limitations and, crucially, autonomy. Process premisses change. To deny this everpresent and constant theoretical activity, these re-orientations that include memory, endless self-interpretation and renewed possibility, is to conform to a definition of theory that is imposed: ‘it is forgotten that experience can inform theory, that theory is in itself a form of experience, that there is such a thing as a theoretical practice.’

Perhaps a theorising that neglects such auto-theoretical aspects could be termed ‘discourse’ and that this latter form of theoretical activity is so often hermetic, self-referencing and exclusionary is maybe because it seeks to resolve problems ‘once-and-for-all’ within a text rather than filtering these through an activity that is constantly posing these problems anew as a part of daily practice. In this way, by corralling theory into servicing their own renewal, academics do not confront the division of labour (the provisos of their knowledge) and instead reproduce the hierarchisation that not only occludes but occults the shared auto-theoretical component. Such hermetic academic discursivity – seen in the proliferation of secondary texts that veil and seek to possess the primary text – serves as a means of formalising the ‘right’ to theory; specialising it as a work of discipline that is divorced from ‘practical energies’. Yet, to re-create what is meant by ‘theorising’, to refuse to differentiate it from ‘everyday’ activity, experience and experiment is to be engaged in a process of de-conditioning; a translating and de-translating of the ‘inexhaustible stores of material’ that, by means of memory and conscience, make of everyone an auto-theorist. Such a process, in not confining problems to discourse nor in seeking to compress them within formal, dispassionate and conclusive restraints, is a process of social engagement. Not knowing of boundaries, not even knowing of taught techniques of cross-over, the sui generis sites of communication proliferate and as they do it becomes clearer that, beyond the models offered by the media and the academy, it becomes a matter of re-appropriating the means of written, visual and aural expression. This approach is, in part, what those conspicuous outsiders, the situationists, meant by ‘drifting’: a reflective activity is not solely a matter of a ‘large table and piles of books’ but is as much a matter of the social-interaction of ‘walking’: a non-discursive sense of the environment. This situationist take on auto-theorisation, which relates to the Marxist sense of critique as opposed to criticism, was partly employed to differentiate their activity from academia and, if, today, this auto-theoretical dimension has been supplanted by the discursive, making this dimension invisible to practitioners who self-deprecatingly deny its existence to themselves, it is sadly sought and reconvened in the pages and sites of the media where, not only does it fall to journalists to articulate our activity for us, it is, as a result of such voluntary delegation, a matter of creative producers searching for a ‘scene’ anywhere other than in their own auto-theoretical potential to be engaged.

Ferraro suggested that all these eighties sounds seeped into the consciousness of today’s twenty-something musicians when they were toddlers falling asleep (and thus in the state of semiconsciousness known as ‘hypnagogia’). He speculated that their parents played music in the living room and it came through the bedroom walls muffled and indistinct.

Hi - my name is Jenna, and I work at Artsy. While researching Marcel Duchamp, I found your page: http://knowleseddyknowles.blogspot.com/2009/07/marcel-duchamp-untitled-hand-and-cigar.html.

I am reaching out to certain website and blog owners that publish content in line with our mission to make all the world’s art accessible to anyone. We hope to continue promoting arts education and accessibility with your help.

Our Marcel Duchamp page provides visitors with Duchamp's bio, over 35 of his works, exclusive articles, and up-to-date Duchamp exhibition listings. The page also includes related artists and categories, allowing viewers to discover art beyond our Duchamp page. We would love to be included as an additional resource for your visitors via a link on your page.

If you are able to add a link to our Duchamp page, please let me know, and thanks in advance for your consideration.

"What art is, in reality, is this missing link, not the links which exist. It's not what you see that is art; art is the gap."
-Marcel Duchamp

Posted by knowles eddy knowles at 1:56 pm No comments: