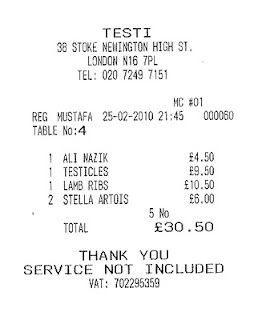 "An economist who's agnostic about economics is unemployable"
- Sir Alfred Sherman
Posted by knowles eddy knowles at 10:18 pm 1 comment: 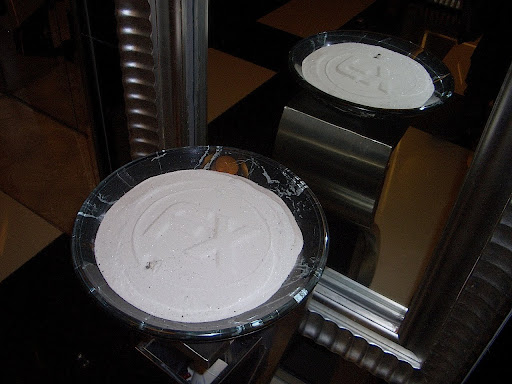 Note: butt stamper whose sand is stamped with FX hotel brand, in the foyer outside the elevators.
[Brecht was insisting on the need for what he called a 'smokers theatre' where the audience would puff away at its cigars as if watching a boxing match, and would develop a more detached and critical outlook than was possible in the ordinary German theatre, where smoking was not allowed. 'I even think', says a fragment 'that in a Shakespearean production one man in the stalls with a cigar could bring about the downfall of Western Art. He might as well light a bomb as light his cigar. I would be delighted to see our public allowed to smoke during performances. And I'd be delighted mainly for the actors' sake. In my view it is quite impossible for the actor to play an annatural, cramped and old-fashioned theatre to a man smoking in the stalls.']

- Brecht on theatre: The development of an aesthetic, edited by John Willett
Posted by knowles eddy knowles at 3:38 pm 16 comments: 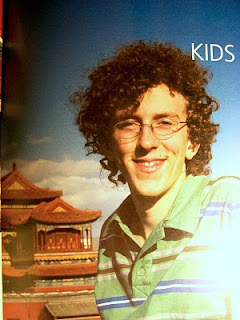 "If you’re not in China, you’re not playing the game."
Lester Thurow, Professor of Economics, Massachusetts Institute of Technology
Posted by knowles eddy knowles at 6:48 am 1 comment: 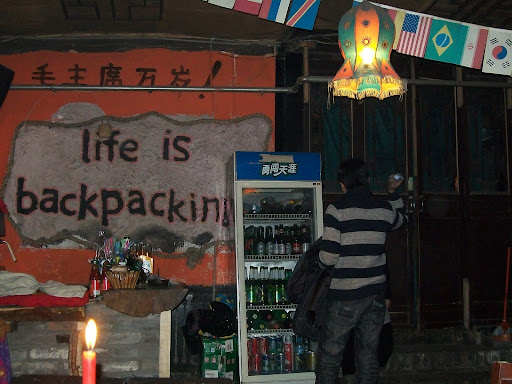 "Dear BH Billington,
Knowles Eddy Knowles is an international collaborative art group founded in 2004. We have been invited to participate in a fascinating and well-esteemed exhibition at the West Space art centre in Melbourne. Our idea necessitates the use of diamonds in the gallery space; of course, the diamonds would be on loan and would be returned at the end of the exhibition. West Space is run by good, honest Australians who would make sure the precious stones are safely installed and maintained.
Any colour will do. In fact, the more colours the merrier. Variety is the spice of life- KEK's message- and that's why we would like to construct a buffet table on which the diamonds could be safely displayed behind protective glass. Seeing as how the diamonds will not be adorning anyone's fingers, we have decided that it would be perfectly acceptable if not all of the diamonds are perfect- we welcome the flawed ones.
KEK would like to request to borrow diamonds from BH Billington for our show. Please carefully consider our request and send your reply to us through the West Space art centre.
Thank you and look forward to hearing from you.
Knowles, Eddy, Knowles
Mon, May 9, 2005 at 12:40 PM"
Posted by knowles eddy knowles at 2:42 am 1 comment: 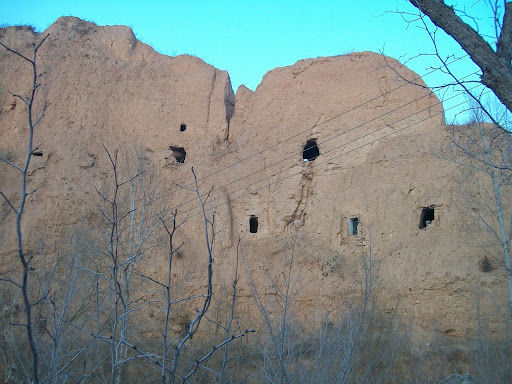 Windows in the side of a hill in Hogo, Shaanxi Province. Forty million people live in cave houses in Northern China.
"Therefore, we don't consult with the Titito [dear little uncle] any more. He used to appear formerly, but now he can't. He is completely tired out and he can't. It is in vain that they ch'alla [perform ritual] for the Tio. We made him of great stones that had metal in it. He used to look like a person smoking a cigarette just like us. After he finished the cigarette he would chew coca, chewing with the women from their bags of coca. We used to enter before the Tio with our silk shawls. We used to consult him. We reached for the metal in his hands. It was beautiful, like raw sugar."
- June Nash and Manuel María Rocca. Dos mujeres indigenas, Antropología Social Series, vol. 14, pp. 1-130. Mexico, D.F.: Insituto Indigenista Interamericano. 1976. Quoted in The Devil and Commodity Fetishism in South America by Michael Taussig
Posted by knowles eddy knowles at 12:53 pm 1 comment:

if i don't respond to this by end friday can you remind me to? 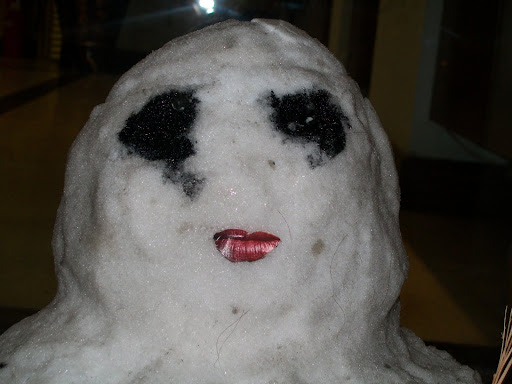 "One hundred and forty-four participants were randomly assigned to one of three independent groups, and subsequently performed the Cognitive Drug Research (CDR) computerized cognitive assessment battery in a cubicle containing either one of the two odors or no odor (control). Visual analogue mood questionnaires were completed prior to exposure to the odor, and subsequently after completion of the test battery. The participants were deceived as to the genuine aim of the study until the completion of testing to prevent expectancy effects from possibly influencing the data. The outcome variables from the nine tasks that constitute the CDR core battery feed into six factors that represent different aspects of cognitive functioning. Analysis of performance revealed that lavender produced a significant decrement in performance of working memory, and impaired reaction times for both memory and attention based tasks compared to controls. In contrast, rosemary produced a significant enhancement of performance for overall quality of memory and secondary memory factors, but also produced an impairment of speed of memory compared to controls."
- International Journal of Neuroscience 2003, Vol. 113, No. 1, Pages 15-38
Posted by knowles eddy knowles at 4:31 am 1 comment:

"The twin principles of modernism and marketing: seeing fresh promise in familiar things." 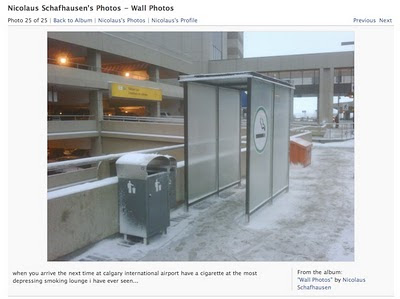 "16. (Trans.) A paraphrase of the controversial aphorism 'l'art est le plus haute joie que l'homme se donne a lui même', which Lefebvre attributed to Marx in Contribution à l'esthetique (1953), but which he later admitted was his own invention. This 'forgery' was one of the reasons given for his exclusion from the PFC in 1957."
-Henri Lefebvre Critique of Everyday Life, Volume 2
Posted by knowles eddy knowles at 1:07 pm No comments: 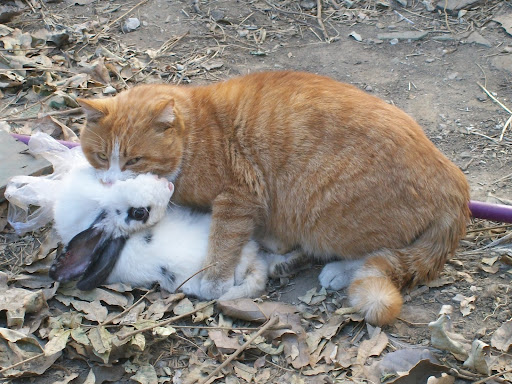 citing Moyra Davey citing Roland Barthes in 1977: "When we attach a lot of importance to certain networks of friendship it is because we're always trying to reproduce the utopia of a childhood space, that of a child playing around its mother. Ultimately, in an affective relationship, whether or not its amorous, we always simulate a certain maternal space, a space of security which is, why not say it, a gift space."
- via facebook
Posted by knowles eddy knowles at 1:07 pm 3 comments: 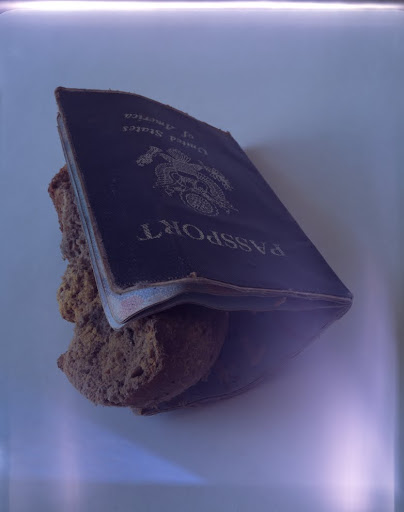 "The scent of cigarettes became his madeleine. (3)

(3) If we consider Proust to be the ﬁrst man who articulated the idea of remembrances of things past, then this would be the perfect time for the remembrances of things present - we can contribute the ever-growing list of consumed items through the years (product names, price, serial number), as well as records of chance encounters in shopping malls, travel groups around the world (height, weight, body type). Compared to these overly material-based data, He Shan's involuntary memory of the cigarettes would appear to be more poetic and lasting. That scent of cigarettes surrounding the woman has always allowed him to sense the continuity and reality of life."
–Hu Fang, Garden of Mirrored Flowers, 2009.
Posted by knowles eddy knowles at 4:45 am 2 comments: