scene in the Barclays attic

Posted by knowles eddy knowles at 11:00 am 3 comments: 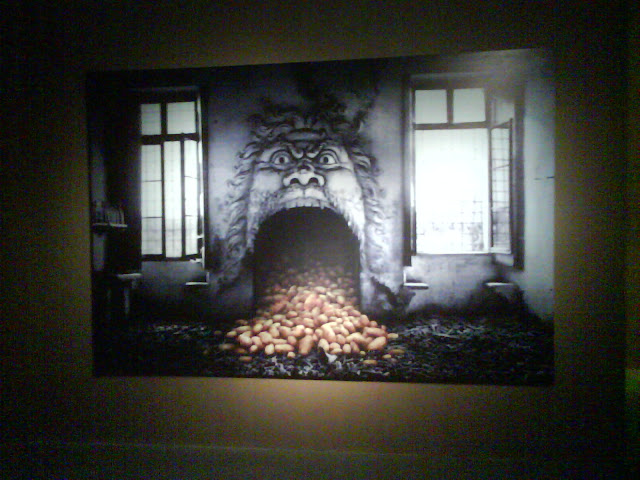 "He called it the Sleet's crow's-nest, in honor of himself; he being the original inventor and patentee, and free from all ridiculous false delicacy, and holding that if we call our own children after our own names (we fathers being the original inventors and patentees), so likewise should we denominate after ourselves any other apparatus we may beget." —Herman Melville, Moby Dick


HOLLOW EARTH
SUBTERRANEAN REGIONS OF THE continent excavated in cyclopaean caverns, cathedralspace fractal networks, labyrinthine gargantuan tunnels, slow black underground rivers, unmoving stygian lakes, pure & slightly luminiferous, slim waterfalls plunging down watersmooth rock, cataracting round petrified forests of stalactites & stalagmites in spelunker-bewildering blind-fish complexity & unfathomable vastness...Who dug this hollow earth beneath the ice foreseen by Poe, by certain paranoid German occultists, Shaverian UFO freaks? Was Earth once colonized in the time of Gondwana or MU by some Elder Race? their reptilian skeletons still mouldering in the farthest secret mazes of the cavern system? Sluggish backwaters, dead-end canals, stagnant pools far from the centers of civilization like Little America, Transport City, or Nan Chi Han, down in the dark recesses and boondocks of the Antarctic caves, fungus & albino fern. We suspect them of mutations, amphibian webbed fingers and toes, degenerate habits-- Kallikaks of the Hollow Earth, Lovecraftian renegades, hermits, skulking incestuous smugglers, runaway criminals, anarchists forced into hiding after the Entropy Wars, fugitives from Genetic Puritanism, dissident Chinese Tongs & Yellow Turban fanatics, lascar cave-pirates, pale shiftless whitetrash from the prolewarrens of the industrial domes along Thwait's Tongue & the Walgreen Coast & Edsel-Ford-Land- -the Trogs have kept alive for over 200 years the folk- memory of the Autonomous Zone, the myth that someday it will appear again...Taoism, libertine philosophy, Indonesian sorcery, cult of the Cave Mother (or Mothers), identified by some scholars with the Javanese sea/moon goddess Loro Kidul, by others with a minor deity of the South Pole Star Sect, the "Jade Goddess"...manuscripts (written in Bahasa Ingliss the pidgin dialect of the deep caves) contain mangled quotations from Nietzsche & Chuang Tzu...Trade consists of occasional precious gems and cultivation of white poppy, fungus, over a dozen different species of "magic" mushrooms...Shallow Lake Erebus, 5 miles across, dotted with stalagmitic islets choked with fern & kudzu & black dwarf pine, held in a cave so vast it sometimes creates its own weather...The town belongs officially to Little America but most of the inhabitants are Trogs living off the Shiftless Dole--& the deep-cave tribal country lies just across the Lake. Riffraff, artists, drug addicts, sorcerers, smugglers, remittance-men & perverts live in crumbling basalt-&- synthplast hotels half-encrusted with pale green vines, along the lakefront, an avenue of squalid cafes, gem emporia guarded by armed ninjas, chinese krill-noodle shops, the crystal-tinselled hall for slow fusion-gamelan dancers, boys practicing their mudras on sleepy electronic dark blue afternoons to the rippling of synthgongs and metallophones...& below the pier perhaps a few desultory bathers along the black beach, genuine low-budget tourists gawking at the shrine behind the bazaar where pallid old Trog pamongs tranced out on fungus drool & roll up their eyes, breathe in the fumes of heavy incense, everything seems suddenly menacingly bright, flickering with significance...a few cases of webbed fingers but the rumors of ritual promiscuity are true enough. I was living in a Trog fishing village across the lake from Erebus in a rented room above the baitshop...rural sloth & degenerate superstitious rites of sensual abandon, the larval & unhealthy mysteries of the chthonic mutant downtrodden Trogs, lazy shiftless no-count hicks...Little America, so christian & free of mutation, eugenic & orderly, where ev- eryone lives jacked into the fleshless realm of ancient software & holography, so euclidean, newtonian, clean & patriotic--L.A. will never understand this innocent filth- sorcery, this "spiritual materialism," this slavery to the volcanic desires of secret cave-boy gangs like laughing flowers jetting with dynamo erections pulsing up pure life curved taut as bows, & the smell of water, pond-scum, nightblooming white flowers, jasmine & datura, urine, children's wet hair, sperm & mud...possessed by cave- spirits, perhaps ghosts of ancient aliens now wandering as demons seeking to renew long-lost pleasures of flesh & substance. Or else the Zone has already been reborn, already a nexus of autonomy, a spreading virus of chaos in its most exuberant clandestine form, white toadstools springing up on the spots where Trog boys have masturbated alone in the dark...
—Hakim Bey

Posted by knowles eddy knowles at 1:46 pm No comments:

draw on the withdrawn

“The hardest question for me to answer was the one on methodology,” Christov-Bakargiev admitted. “In my experience, the best artists don’t really know or understand what they are doing. I tried to think about my relationship with artists as a kind of displaced Eros, about finding a place that is a fruitful contradiction and creates some kind of intensity.” As for what documenta is for, she is passionate. “documenta has from the beginning been an optimistic repositioning of art as a form of transnational connectivity,” she said. “I acknowledge the Cold War issues that were there in documenta in the 1950s and 1960s, but it’s not enough to just say ‘we’re free.’ It has to be more important than that—through art, we can construct an alternative world.” She added, “big temporary exhibitions like documenta may be obsolete from certain points of view, but I think it can offer a moment when art can function as a transitional object of sorts. With all the fear and trauma of our times, we need transitional objects—Donald Winnicott, influenced by Melanie Klein, describes them as things that help us when the mother’s breast is withdrawn—and I think that’s a good description of one of the roles contemporary art can play.”
What is necessary? “That’s a bad question,” she said. “The real question is: ‘what is to be done?’” 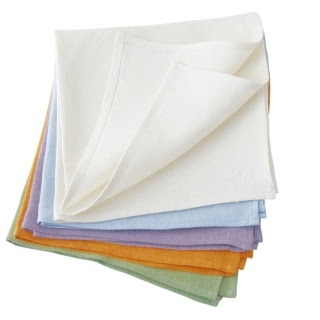 Posted by knowles eddy knowles at 3:19 pm No comments: 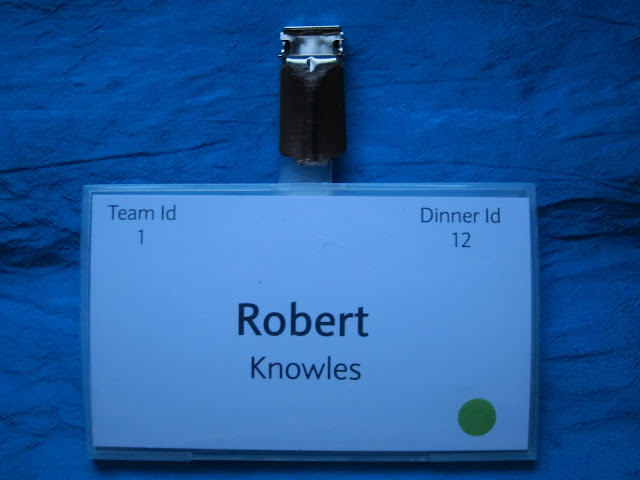 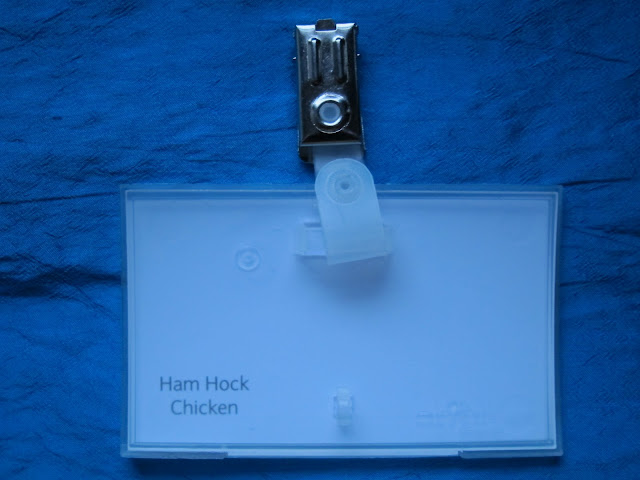 We have chosen to participate in the 7th Berlin Biennale for many reasons, some personal, some collectively shared. Above all, the KunstWerke provides us with a space to bring together participants from different countries around the world, to share our experiences from the last year and build new connections to bring our movements forward. The next two months will be a collective experiment, as we work together to transform the gallery hall into a space where we can discuss both political questions and organizational strategies, grow through public interaction, and engage in various forms of activism, from creative actions to mass demonstrations.
Even as we come together during the Biennale, the right to public assembly is being threatened, both by the police and through legislative changes. Water cannons in Chile, tear gas in Oakland and police batons in Spain have been deployed against people raising their voice. The simple act of coming together in public to discuss our future is no longer possible in our famed democracies. The European Union is currently building task forces and legal frameworks to suppress the social uprisings that we saw in Greece or Spain more effectively, and more silently. Across Northern Africa, from Tunisia to Egypt to Syria, violent state repression has cost many people their lives. The gallery provides us with a temporary safe haven to engage in the work of political change, but the real struggle takes place in the streets.
This is not an art project or a publicity stunt, nor is it a substitute for the occupation of public space. Although we may be in a gallery in Berlin, we are not a static movement on display. We are part of larger actions unfolding across the planet. In the United States, Occupy Wall Street has called for a general strike on May 1st, a call that will be answered enthusiastically in cities across North America and Europe. Following a year after the emergence of the movement in Spain on 15M, May 12 will be another major day of international demonstrations. In Berlin, demonstrations growing out of neighborhood assemblies will converge from five different points of the city, building an Agora at Alexanderplatz to serve as a two-week hub for networking and an exchange of ideas. On May 16 to 19, a broad international coalition will travel to Frankfurt for Blockupy, an action to blockade the European Central Bank and demand an end to the undemocratic crisis regime of the European Union. Like these major actions, the occupied Berlin Biennale is only a step in the long process of building a successful movement for social, economic and environmental justice. We invite you to join us.
Posted by knowles eddy knowles at 6:09 pm No comments: